The Electrical and Electronic Equipment Act (ElektroG) contains a large number of requirements for handling electrical and electronic equipment. The most important are listed here.

Electrical and electronic equipment that has become waste is called old equipment. Owners of old devices must collect them separately from unsorted municipal waste. Old devices do not belong in the household waste, but in special collection and return systems.

2. Batteries and rechargeable batteries as well as lamps

The possibility of free return of an old device is given to distributors who are obliged to take them back if, among other things, a new device of the same type, which essentially fulfills the same functions, is handed over to an end user. If a new device is delivered to a private household, the old device of the same type can also be handed over there for free collection; this applies to sales using means of distance communication for devices of categories 1, 2 or 4 according to § 2 Paragraph 1 ElektroG, namely "heat exchangers", "screen devices" or "large devices" (the latter with at least one outer dimension over 50 centimeters). When concluding a purchase contract, end users are asked about their intention to return. In addition, there is the possibility of free return at the distributor's collection points regardless of the purchase of a new device for old devices that are not larger than 25 centimeters in any external dimension, limited to three old devices per device type.

Old devices often contain sensitive personal data. This applies in particular to information and telecommunications equipment such as computers and smartphones. In your own interest, please note that each end user is responsible for deleting the data on the old devices to be disposed of.

5. Meaning of the symbol "crossed out garbage can"

The symbol of a crossed-out garbage can regularly depicted on electrical and electronic equipment indicates that the respective device must be collected separately from unsorted municipal waste at the end of its service life.

According to the provisions of Directive 2008/98 / EU on waste and its implementation in the legislation of the member states of the European Union, waste prevention measures generally have priority over waste management measures. Waste prevention measures for electrical and electronic equipment include, in particular, extending their lifespan by repairing defective equipment and selling used equipment that is in good working order instead of sending it for disposal. Further information is contained in the federal waste prevention program with the participation of the federal states:

As a dealer, we are also obliged to take back old devices:

If you have bought one of the following devices from us, you have the option of having an old device of the same type of device, which in the documentation fulfills the same functions as the new device, picked up by us free of charge when the new device is delivered ("old for New").

You can return the listed devices to us free of charge, provided that you have purchased an electrical or electronic device from us and the old device corresponds to the same type of device, i.e. the information has the same functions as the new device ("old for new").

You can return old devices that are not larger than 25 cm in any external dimension, regardless of whether you have bought a new device from us, as follows. The return is limited to three old devices per type of device.

Please make sure that the old device is properly packaged for shipping so that breakage is avoided as far as possible and mechanical sealing or breakage can be ruled out. The acceptance of old devices may be refused if there is a risk to human health and safety due to contamination. 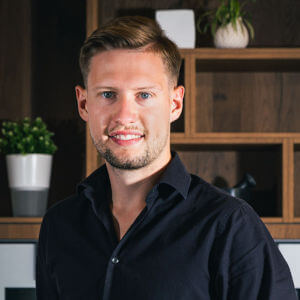 By selecting "Accept all", you give us permission to use the following services on our website: YouTube, Vimeo, ReCaptcha, Google Analytics (Universal Analytics), PayPal Express Checkout und Ratenzahlung. You can change the settings at any time (fingerprint icon in the bottom left corner). For further details, please see Individual configuration and our Privacy notice.

The settings you specify here are stored in the "local storage" of your device. The settings will be remembered for the next time you visit our online shop. You can change these settings at any time (fingerprint icon in the bottom left corner).

To view Vimeo contents on this website, you need to consent to the transfer of data and storage of third-party cookies by Vimeo.. This allows us to improve your user experience and to make our website better and more interesting. Without your consent, no data will be transferred to Vimeo. However, you will also not be able to use the Vimdeo services on this website.

Using express checkout and Displaying offers for payment in instalments for individual items or your entire purchase.

Would you like to see these contents? Activate the desired contents for one session only or allow the website to remember these settings. Once you have given your consent, the third-party data can be loaded. For this, third-party cookies might be stored on your device. You can change these settings at any time (fingerprint icon in the bottom left corner). For further details, please see the Privacy notice.